NOTE: All tickets already bought for the rescheduled show (19 March 2022) remain valid for the this date.

«You get a shiver in the dark…» It has been more than 40 years since the opening line of Sultans Of Swing was first heard being broadcast around the world. In the process, it introduced us to a magnificent guitar player and songwriter in Mark Knopfler, and to what has become a musical universe unto itself: the music of Dire Straits. Over 25 years have passed since Dire Straits disbanded, leaving a catalogue of some of the finest compositions and musical performances that the heyday of rock ever produced.

Chris White, who worked with Mark Knopfler from the early ‘80s on film scores, joined Dire Straits for their record-breaking Brothers In Arms world tour in 1985. This included their performance at Live Aid and, later, the Nelson Mandela 70th Birthday concert in 1988. He went on to play on the final Dire Straits album, On Every Street, and was again part of the two-year world tour that produced the live On The Night album and DVD. Chris appreciates that it was always going to be an almost impossible task to bring any sense of authenticity to these extraordinary pieces of music without Mark Knopfler. «When I was first approached to put together a band to play the Dire Straits songs at the Albert Hall, I didn’t believe it would be possible to find someone who would be able to stand in Mark’s shoes without sounding like an imposter. I was wrong. In Terence Reis, I think we may have found the only person on the planet that is able to play and sing like Mark, but maintain his own integrity and identity. I think this is the very essence of why the fans have been so accepting of what we do. They believe in Terence as his own man. They know he is not trying to be Mark. Because of his respect for Mark, Terence is able to perform these songs in a very honest way that allows his energy and talent to come through. This is exactly what allows the performances to feel alive and fresh. Not slavish copies of a bygone time. Without Terence, this would simply not work».

And so it is that these songs, in all their ambition, grandeur and aching beauty, are once again presented live… for the fans that that have kept them alive. The Dire Straits Experience - bringing back to life, the music of one of the most creative and unique bands in rock music. 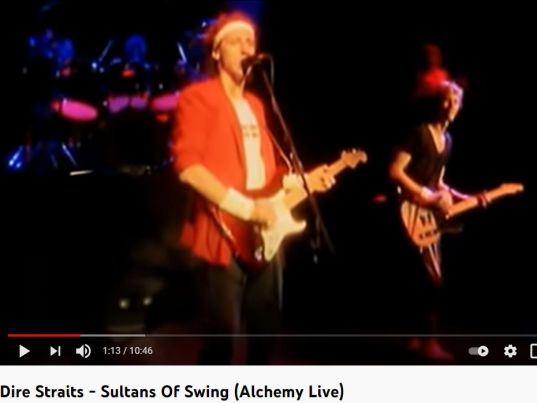 Increased safety measures can lead to increased waiting times at the entrance. Please observe the list of prohibited articles. For example, bags larger than A4 are not permitted. You can find out more in our guest information >